Study in the USA: top 5 states for Indian Students According to the QS World University Rankings 2023, the USA houses 1 in every 4 top universities in the world. Around 35% of the total students studying in USA are Indian students. Without a doubt, the country is the top pick for Indian students who plan to study abroad for their higher education.

Unfortunately, many students have to step back when the question of affording a masters degree in the USA comes into the picture. This seems like the right place to drop a truth bomb – studying in USA for Indian students is not a pipe dream. There are several cities in the USA that offer you an affordable and thriving student life. Let’s jump right into it.

The top 5 states to study in US for Indian students-

The Open Doors 2021 Report lists the top 5 states to study in USA for Indian students. These states house some of the top universities in the USA, including Harvard, MIT, Cornell, UT-Austin, and Northwestern University. 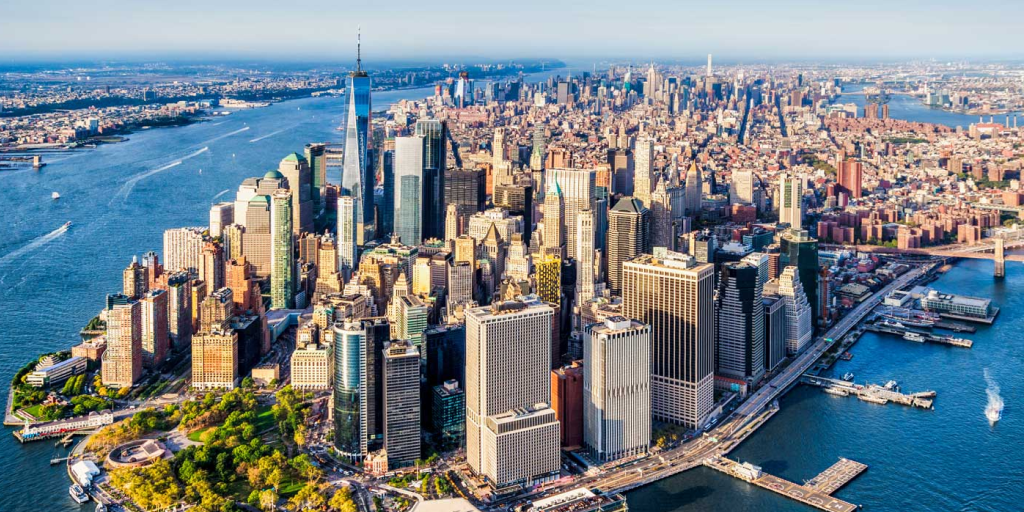 According to the Open Doors 2021 report, Indian students make up 18% of New York’s international students. Boasting 10 top-ranked universities, New York reeks of diversity, academic excellence, professional opportunities, and the never-ending excitement of living in a metropolitan.

New York houses some of the world’s best universities, including the Ivy Leagues Columbia and Cornell. Other top-tier universities in New York include New York University(NYU), and the University of Rochester.

Universities in New York offer a vast range of masters programs to choose from. New York is a great destination to study what you love – from theatre, food, and history to management, tech, and research programs.

Known as the “land of opportunity”, New York has a strong startup culture and is also home to several giant corporations, including Pfizer, Goldman Sachs, JP Morgan, and Verizon Communications.

New York is an amalgamation of people from varied backgrounds that sync for an enriching experience. People from over 110 nations with various academic, professional, cultural, and ethnic backgrounds have found their homes in New York. 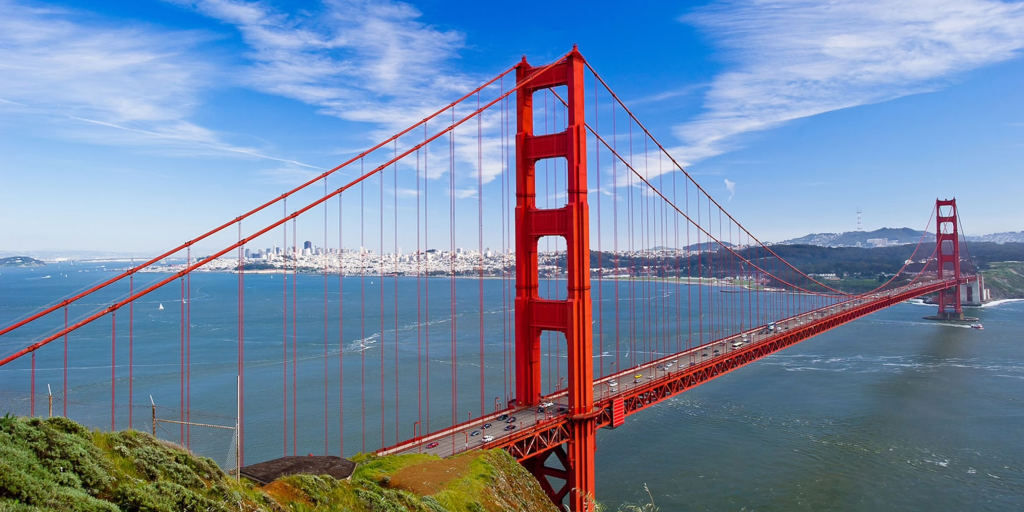 Counted among the best states in USA for Indian students, California is a global trendsetter. The state is credited with developing the Internet, movies, and more. Graduates from universities in California have founded Snapchat, PayPal, and Yahoo. Several California universities serve as “feeder schools” for top tech firms in Silicon Valley.

Not only does California provide an environment conducive to a student’s overall growth, but the presence of corporations like Apple, Alphabet, Walt Disney, Oracle, Tesla, and Intel make it an ideal state in USA for Indian students to study in.

California’s cultural history, diversity, high-quality, affordable education, and trillion-dollar economy attract international students to the state. As per the Open Doors report 2021, Indians comprised 13.7% of the 132,758 international students in California. As one of the best states in USA for Indian students, California houses 9 top-ranked universities, including Stanford, California Institute of Technology, and the University of California- Berkeley.

This “Golden State” on the west coast of the USA is the melting pot of cultural and professional diversity. It offers a great student life – the best festivals, national parks, work, and global networking opportunities.

Colleges in California are a mix of small liberal arts colleges and large research institutions located throughout the state. Students planning to study masters in USA can look into California as their college destination. Los Angeles, San Francisco, San Diego, and the capital city of Sacramento are home to many of the top colleges in California. 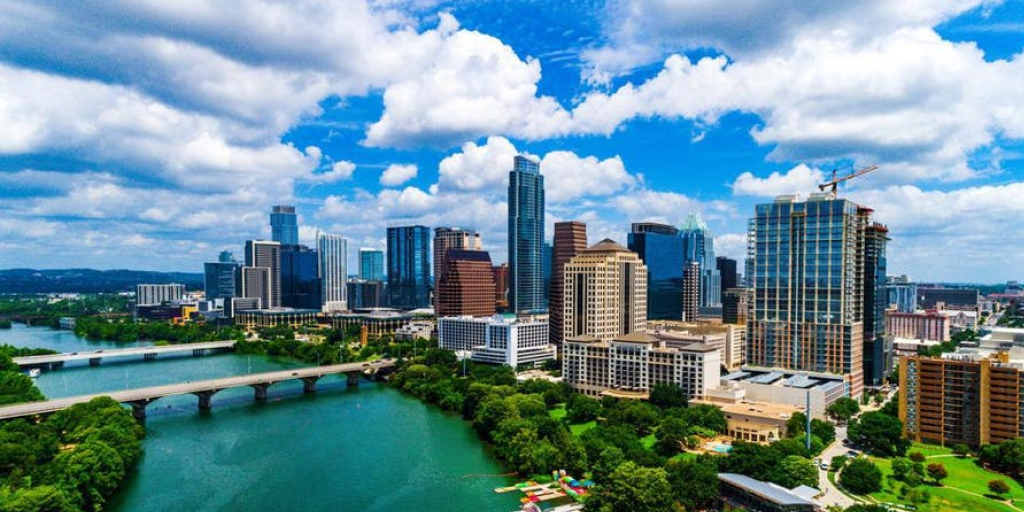 The second-largest state in the country, Texas, is pushing it up on the list of best states to study in the US for Indian students.​​ In 2021, Texas was home to 67,428 international students, of which 21.8% were Indians. Though famously known for “everything bigger”, it’s the state’s low cost of living and affordable universities that attracts international students.

Austin, Houston, and Dallas offer a rich experience to international students ranging from work opportunities in tech and business to amazing nightlife. Austin is one of the fastest-growing cities in the US and the most popular among students. 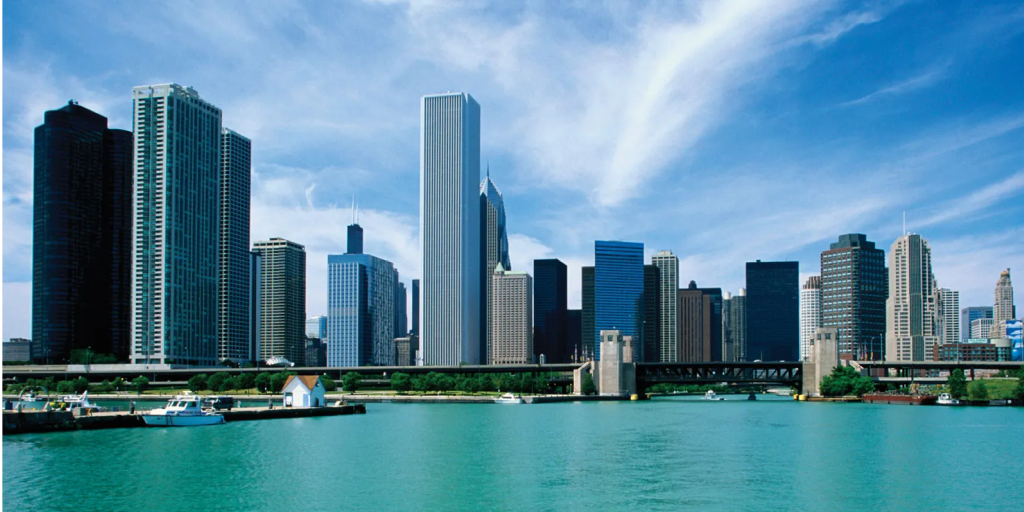 Known as one of the best states in USA for Indian students, Illinois caters to 44,000 international students, of which 27.4% are Indians. The most popular majors among Indian students across Illinois universities are statistics, engineering and computer science.

Booth School of Business, Kellogg School of Management, University of Illinois-Urbana Champaign, University of Chicago, and Illinois Institute of Technology are some of the top picks for international students who come to Illinois for their MBA and Master’s degree.

Illinois gives students access to affordable, top-ranking universities in rural and urban areas. It has the 5th largest GDP in US, and the cost of living in the state is lower than the national average. Urbana, Chicago, and Evanston are some of the great college towns in the state. 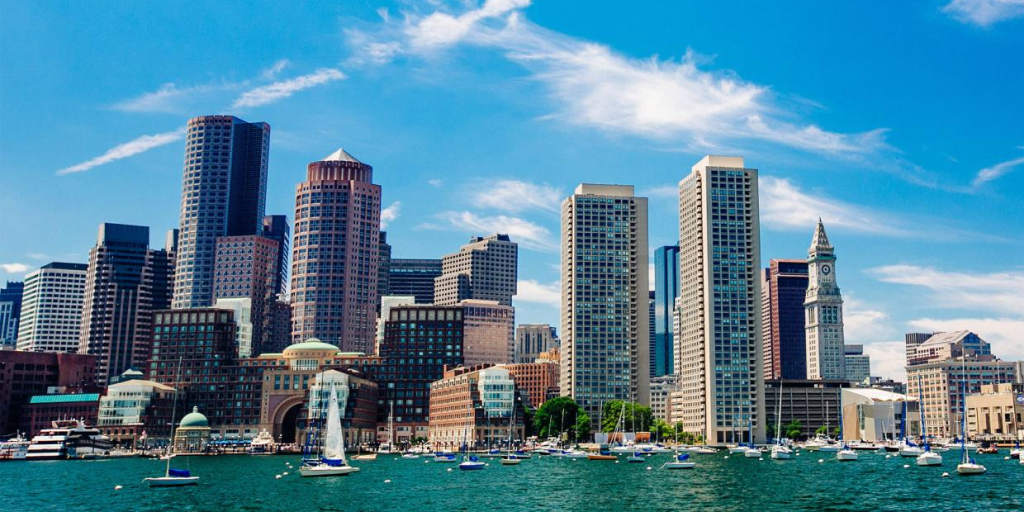 With its globally renowned institutions, Massachusetts Institute of Technology and Harvard University, the state of Massachusetts attracted 66,273 international students. Out of these, 19.9% were Indian students.

As one of the best states in USA for Indian students, Massachusetts houses 9 top-ranking universities, including Boston, Northeastern, and Clark University. The state has multiple public and Ivy League universities that offer a broad range of masters programs. Add to it Massachusetts’s rich history, innovative culture, and a thriving economy – all of which collectively become major attractions for international students.

Massachusetts has a vibrant student life, a thriving work environment, and a rich cultural diversity. It houses companies like General Electric, Kraft Group, Staples and Gillette among many others.

As we conclude this blog, Open Doors released its survey report for the academic year 2021-22 according to which almost 2,00,000 Indian students chose the USA this year for their higher education abroad. This number is a 19% jump over the previous year. Moreover, nearly 21% of over one million students studying in the USA are Indian students.

Your higher education abroad is much more than getting a college degree; it’s about the excitement of moving to a new country and experiencing its cultural and professional riches while also juggling building an independent life. To make the most out of your studies abroad, you must pick the right state for yourself. University rankings, affordability, on and off-campus life, graduate income, and work opportunities are some of the premises that factor in when shortlisting the best states to study in US for Indian students.

Every year, millions of students across the world pin their hopes and dreams on US colleges and universities in return for the promise of a better future. The hope to gather international experience, cultural and academic exposure, and the valuable opportunities available at their disposal is what pulls students to study in the USA.

Everything You Need To Know About The GRE Exam: Pattern, GRE Fees, Question Types And More

Realistic Cost of Studying Undergrad in Canada (For Indian Students)