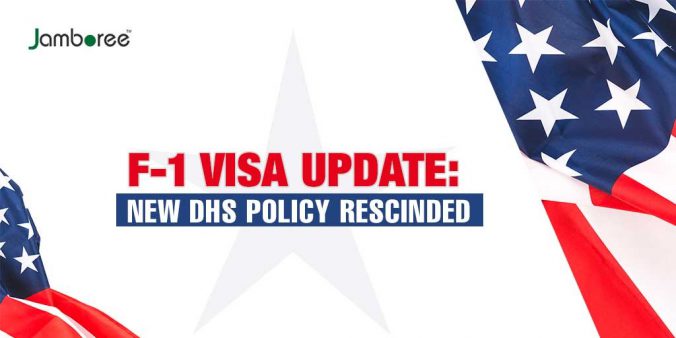 The reversal and maintaining of status quo comes after Harvard and MIT, backed by hundreds of universities in 18 states including DC, filed a lawsuit calling ICE’s directive as “arbitrary and capricious and an abuse of discretion”. IT giants like Google, Facebook and Twitter also supported the lawsuit claiming that the new policy would harm their business. The resolution came in less than five minutes at a Boston court hearing with the effect that international students can continue to attend online classes through Fall ‘20 semester without any change in their visa status.

It may be noted that India had also conveyed its concern regarding the F-1 visa to the US during the virtual foreign office consultations between Foreign Secretary Harsh Vardhan Shringla and the US Under Secretary of State for Political Affairs, David Hale, last week. The US side had said that it will keep the best interests of the students in mind.