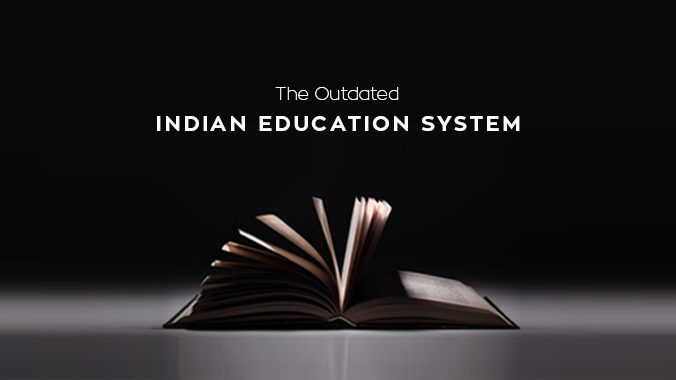 There are many Indian colleges, and many millions of students study in them. Their quality is vital to India’s education system and its overall success or failure.

Sadly, the Indian college education system has many flaws – large and small – and these flaws cause Indian universities to lag behind their foreign counterparts.

In the following feature, we explore the chief flaws in the Indian education system in detail, and try to compare and contrast each issue that we have identified with the ideal case, as can be observed in one or more of the best colleges abroad.

To a large extent, the Indian college system does not link classroom learning with career options

If you want to explore more about your opportunity to get the best education available worldwide?

However, many colleges in India focus more on the journey than on one of the all-important destinations above. The result of this is that students lose interest in their core discipline over years of theoretical learning, and this apathy is compounded and turns into anger when a college or university is less proactive about ensuring strong career services than about scheduling annual tests and examinations. This gulf between the aspirations of students and the “duty” that the institutions see themselves fulfilling leads to many long-term problems: a frustrated emerging workforce that has not been taught correctly, and the consequent lower salary caps on members of that workforce are just the biggest two.

Flexibility is majorly lacking in India’s college education system, at all levels

1.   At the undergraduate level, the choice of major discipline is usually (in India) made before the bachelor’s degree starts. Most of those who study in India are conditioned to thinking that the choice of major has to be made immediately after Class 12, at an age when exposure to what a degree actually entails is understandably low. Making an informed decision at that age is almost impossible; the fact that this decision impacts the overall performance and satisfaction levels of a student for three to five years makes the decision also potentially dangerous. This contrasts unfavorably with the situation is pretty much every highly ranked university abroad, where the choice of undergraduate major is usually made at the beginning of the junior year, more than two years after you originally joined. As is obvious, this is far more suitable as a time to make a choice, because the person making the choice has exposure to 15-20 courses that help him/her to make an informed decision, one that will impact his/her career positively.

2.   The number of compulsory courses is usually higher in India, and the level of customization is much lower than it is abroad. Flexibility in an academic curriculum is hugely increased when the student can fill up his / her basket of courses with many different combinations of interesting courses. In India, at least for the first few semesters of any course at any level, the number of required courses is large; this has a cascading effect down the line where, even if the number of electives is higher in the last few semesters, the level of interest of the students has already reduced to a level where the newfound flexibility is not exploited to the maximum possible extent.

3.   Interdisciplinary flexibility is either lacking or imperfectly developed. From the seemingly simple task of taking many courses from a discipline that is not your major to the difficult task of incorporating a minor program or a minor degree into your portfolio, most Indian universities will not allow you to do either. This is for multiple reasons: many Indian universities do not have the full range of departments, and large numbers and relatively small Teaching Assistant and Lecturer / Professor populations make it logistically difficult to implement true interdisciplinary flexibility.

Funding for college education in India lags behind that abroad

Abroad, public universities and public/private universities have access to a large store of wealth through grants and endowments. In addition, decades of alumni networking initiatives and connectivity initiatives have led to a virtuous cycle of wealth coming back to the system in the form of donations and scholarships paid for by grateful ex-students of each institution.

At the highest level, India’s public universities do not have access to the funding pool that top universities worldwide do. This impacts both the number of faculty members, and the quality of faculty members that might be attracted to a university in India, but reject a position due to the salary being lower than in competing institutions in other countries. More dangerously, in the long term, the policies that decide funding for R&D in Indian universities have historically kept it much lower than in other countries. For example, R&D funding at universities as a percentage of GDP is 0.6% to 0.7%, and both these figures lag far behind that in developing economies. Therefore, it is difficult for R&D in Indian universities to make the kind of leap needed to make it competitive on a worldwide level.

As a consequence of lower funding, the number and quality of professors suffers

The R&D output is affected by low funding, and this causes a long-term low global ranking for even our top universities. However, there is a much more immediate effect of the university funding crunch that makes itself felt at a daily level in every college classroom in India: there are just not enough qualified high level professors in our universities.

This has the obvious effect, in the very short term, of reducing the efficacy of courses taught, but the long term effect is more dangerous and more insidious. Having a weaker professor body than is ideal can cause a drop in the enthusiasm of students, year after year. A demotivated student body is almost impossible to work with and turn around.

At some point in their careers, many graduates of an Indian university may look to relocate abroad for a short or a long period of time. However, there could be many barriers to this process. First, almost all such geographical movements are within the same company that they already work for. A lateral movement between companies is very hard to couple with a movement to a different country. Second, even within India, many MNCs give a higher starting position to a graduate with a global MBA, for example, as compared to someone with even a top Indian B-School MBA. Third, a large section of jobs in the global and even Indian workforce is closed to someone with only degrees from Indian universities; it is no coincidence that some of these jobs are the highest paying and most prestigious jobs in the world. Fourth, there are no easy ways to fix this – exchange programs with top global universities help diversify a CV, but the process to set these up takes many years, and the top colleges in the world are understandably wary of setting up an exchange program without a long period of evaluation and negotiation.

This is a fact that is sad but true: even after spending many years and a lot of hard work on earning a top degree from an Indian university, a professional may be at a disadvantage in terms of career growth compared to someone with similar skills and equal experience level, just because of the different countries in which they did their tertiary education. It is important to take these factors into consideration well in advance to avoid frustration in the long run.

A large number of Indian graduates are unemployable, because of a lack of focus on practical skills

The rote learning system that Indian education is known for starts for a child when he/she is very young. It is strengthened by years of preparation for Indian competitive exams, and it reaches its peak during years of college. In many Indian colleges, the emphasis on a few examinations to evaluate a course rather than on continuous assignment-based evaluation leads to an attitude of last-minute study by most of the student body. This in turn leads to a culture of last-minute intense cramming.

The first consequence of this is a lack of true understanding of any subject – it is obvious how this would lead to a lack of employability at any workplace.

In addition, the large number of students in Indian universities places a strain on lab equipment and on trained laboratory personnel – both of which are insufficient to meet the demand for practical training. The lack of industry integration (in terms of Industry Defined Problems or Live Projects) is another reason why the gap between the theoretical lessons that students cram for overnight and the practical knowledge which will make them useful to potential employers or get them into the top graduate schools abroad cannot be easily bridged.

This lack of immediate employability of graduates causes a major barrier to career growth; employers who cannot invest large amounts of money and time in training new recruits may look at lateral hiring rather than fresher hiring, and many bright graduates are stuck in jobs below their skill level, leading to disillusionment and loss of interest.

There is definitely hope for the Indian college education system, but in the short term, a course abroad is a better value proposition

All the flaws listed above have been recognized by Indian policymakers, both at the government level and at individual university levels. All of them are being repaired at varying levels of speed, and the future is bright. For example, flexibility is slowly trickling down from the top universities downwards, and the number of exchange programs abroad is increasing rapidly, ensuring some global experience for the brightest students studying in Indian universities.

However, in case you are looking to invest in your graduate or undergraduate education now, you will need to look at the short term. You have a duty to yourself and to your career potential to give yourself the best possible college education available now. At this time, that is undoubtedly available abroad. The top universities worldwide have the best quality of education, the most decorated faculty members, and great flexibility in their education system. The career prospects are also brightest abroad.

In a nutshell, the education system abroad is where the Indian education system will be in a few decades, once we fix all the flaws that we have identified and are already working on. If you want to explore more about your opportunity to get the best education available worldwide, explore jamboreeindia.com!