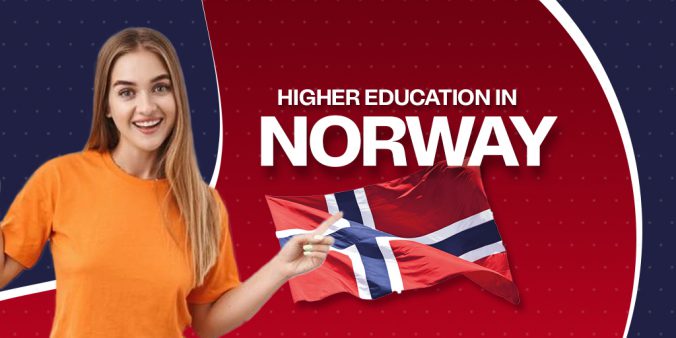 Situated in the western and northernmost part of the Scandinavian peninsula, Norway is well-known for its scenic beauty, high standards of living, world-class education system and high employment rates. Owing to its off-shore oil and gas deposits, Norway has the fourth-highest per capita income in the world. Officially known as the Kingdom of Norway, it has a constitutional monarchy that divides state power among the parliament, the cabinet and the supreme court as determined by its Constitution in 1814.

If you are planning your higher education in Norway, look no further. In this article, we will tell you everything you need to know about pursuing your higher studies in Norway.

Why higher education in Norway?

Norway is a land of mountains, fjord coastlines, midnight sun, sea-faring history and the mesmerizing northern lights. It has been consistently ranked among the top countries in the world for its quality of life and environment, peace, security and prosperity. Being home to some of the most influential personalities such as playwright Henrik Ibsen and painter Edvard Munch, creator of ‘The Scream’, Norway is renowned for its contribution to art and culture. The capital city of Norway, Oslo has a number of museums highlighting such contributions.

Norway has a population of a little over five million people. With more than 12,000 international students enrolled in its university, Norway has become one of the top picks by Indian students as well. This is owed to the low cost and high quality of education that Norway offers. Higher education in the public universities of Norway is free for all students, including those from outside of the country. Access to higher studies is considered an important part of Norwegian society by the government of Norway. This has allowed Indian students access to some of the top-ranked universities in the world for their higher studies in Norway. 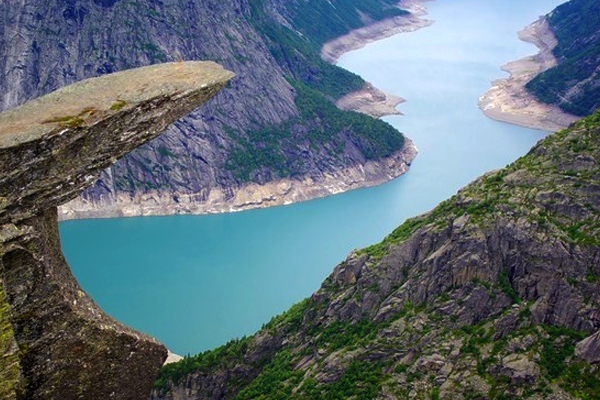 Norwegian higher educational institutions are dynamic in nature, offering a number of social and educational experiences. Studying in Norway expands your career prospects both in Norway as well as outside it. As an Indian student in Norway, you get to experience different cultures, adventures, lifestyle and education.

To know more about the benefits of pursuing your higher education in Norway, get in touch with our counsellor.

Structure of Higher Education in Norway

Norway is a signatory to the Bologna Process which includes the European Credit Transfer and Accumulation System (ECTS). This means that certificates issued by Norwegian universities to its graduating students are recognised by countries around the world. The Bologna Process is aimed at making European higher education more compatible.

Higher education in Norway is known for its innovative methods of teaching and high academic standards. Students are free to study interesting subject combinations at Norwegian universities and colleges, which offer a variety of courses and flexibility of choice. There are plenty of opportunities in courses ranging from vocational to Ph.D. Students pursuing Ph.D in Norway are seen as employees rather than students and are paid a monthly stipend during the course of their studies.

Another striking feature of the Norwegian higher education system is the open-door policy of the professors, teachers and staff at the universities wherein they are easily available and approachable to the students, ensuring quality learning. Students are often encouraged to think critically and approach things multi-dimensionally.

What programmes is the University of Oslo known for?

Cost of Higher Education in Norway

Though public universities in Norway charge zero tuition fees for higher studies, they do charge a nominal amount of 30-60EUR per semester as an administrative fee. This comes with a number of pros such as on-campus health services, sports facilities, library access, etc. Private universities charge different fees for different programmes varying between 7000-9000EUR per year for bachelor’s degrees and 9000-19000EUR per year for Master’s degrees. Since expenses incurred on higher studies in Norway are extremely low, most of the spending that the Indian students have to do is on the cost of living. The average cost of living could amount to somewhere around 9700 EUR per year.

Accommodation takes a large bulk of the money spent as living costs. International students can bring down their cost of living by looking for student housing or renting out on a shared basis or just a room instead of the whole place. Additionally, in some places like Bergen, international students have a right to accommodation through Sammen Student Housing. Public transport, museums, concerts and cultural events in Norway are discounted for the students, irrespective of the country you come from. Moreover, Indian students can reduce their expenses by cooking their own meals, borrowing books from libraries instead of buying new ones and using a bicycle for shorter routes. International students are also allowed to work 20 hours per week in the first year of their degree. They can renew their work permit after documenting satisfactory progress in their studies.

Though eating out and drinking sounds fun, Norway offers you things that are just as free and relaxing. Go hiking, swimming, skiing and exploring nature to discover the true Norwegian beauty. Norway has one of the cheapest, well-connected airlines in Europe. So, if you need a break from the cold Norwegian winters, book a low-cost ticket to a warmer location!

Indian students applying for bachelor’s degrees in Norwegian institutes should have completed their school education till class 12. Additionally, they are required to complete at least one year of university education.

Applicants for master’s degrees should have completed their bachelor’s degree or an equivalent of at least 3 years’ duration. This degree must include 1-1½ years of full-time courses which are relevant to the master’s degree programme the candidate is applying to.

The applications for the bachelor’s and master’s degrees are processed by the individual institutions you are applying to. Therefore, the academic and language requirements may vary from one institution to another and even from course to course. It is always advisable to go through these requirements before applying.

Application deadline in Norwegian universities is usually limited to a single period i.e. between 1st December to 15th March and classes usually start in the month of August (autumn).

Need help with your application to a Norwegian university?

Students from non-EU countries can stay in Norway for one year after graduating from a Norwegian university to look for work. To be eligible for Permanent Residence in Norway, you need to fulfill the following criteria-

When you become a Permanent Resident of Norway, you can live and work in the country indefinitely.

For more information on how to go about your higher education in Norway, you could reach out to our consultant. You can also visit our nearest centre or call us.