Scores of 133 GMAT Aspirants Cancelled for Resorting to Cheating 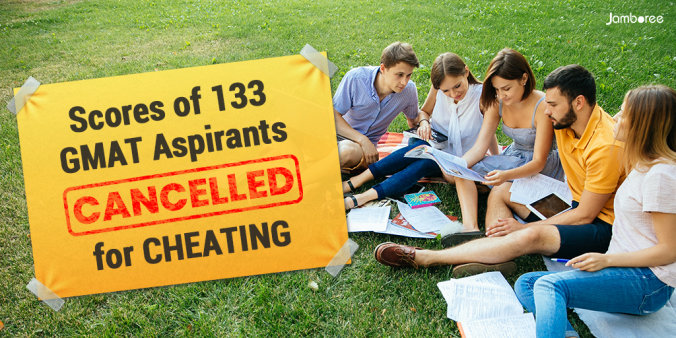 In a major offset of events, GMAT scores of 133 candidates have been cancelled by the Graduate Management Admission Council (GMAC) for resorting to unfair means. GMAC, the US-based non-profit organization and the official administrator of GMAT, took this drastic step after the bust of a cheating scandal by the Indian authorities earlier this year.

While most of the students (108) with rescinded scores are from India, the others come from North America, Europe, the Middle East, and Southeast Asia. All these 133 candidates are banned from future exams supervised by the GMAC, and any previous exam scores have been cancelled.

“Based on advanced forensics and proprietary security tools, we have overwhelming evidence to cancel these candidates’ scores for serious policy violations, which include proxy test-taking (someone else taking the test on the candidate’s behalf). Universities/colleges, where scores had been sent by these students, have also been notified of their use of unfair means”, the GMAC said. The council further added, “The investigation is on, and GMAC is offering its support to the police, as and where required, to address this malpractice.”

Earlier this year, in January, the Delhi Police cyber cell had busted a cheating racket in Jaipur and made as many as 6 arrests. The police, in its report, has mentioned that the accused was running this ring since 2019 and had hired Russian hackers to hack computers.

While entrance tests have always been marred with sporadic cases of cheating, it is the first time that such a large number of cases have been discovered.

US universities Roll Back GRE Waiver as Global Pandemic Phases Out