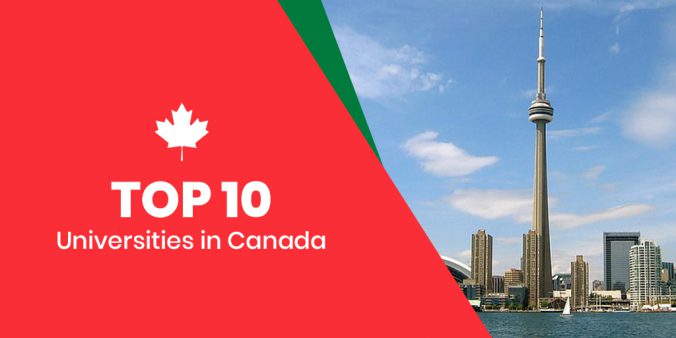 Canada is one of the most sought-after study destinations across the world. According to the QS World University Rankings 2021, 26 Canadian universities have been able to make it to the top 250 universities in the list of 1300 featured universities. These institutions have been assessed on six key metrics –

Read on as we list the 10 highest-ranked universities in Canada: 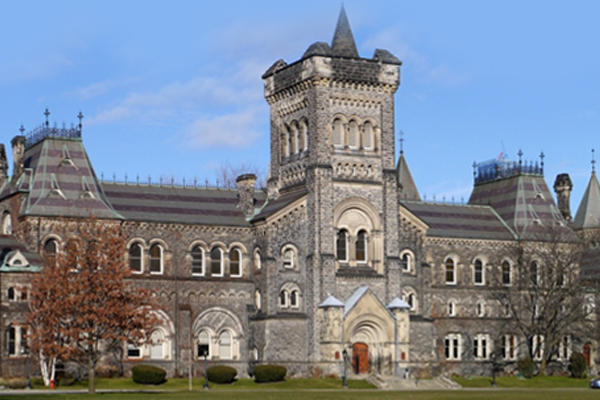 The University of Toronto was established in 1827, and since then, has evolved into Canada’s leading institution of learning, discovery, and knowledge creation.

The university has assembled one of the strongest research and teaching faculties in North America, making it the world’s top research-intensive university, driven to invent and innovate. The university of Toronto offers education to over 93,000 students in more than 980 programs at the undergraduate and graduate levels. 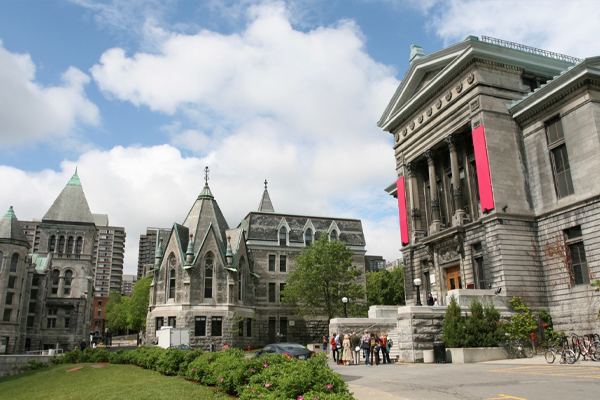 Located in Montreal, McGill University holds the 2nd position in the list of top 10 Canadian universities. The university was established in 1821, and since then has delivered 12 Nobel Laureates and 145 Rhodes Scholars; The current prime minister, Justin Trudeau, is also an alumnus of the university.

The university also boasts of two gorgeous, geographically distinct campuses – one situated in the heart of cosmopolitan downtown Montreal and another in the west on the banks of St. Lawrence River. 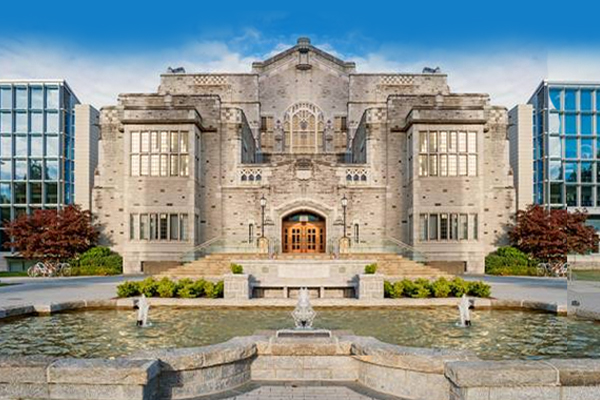 Established in 1915, the University of British Columbia has embraced innovation and transformed its ideas into action. The university has constantly ranked among the top public universities in the world and has become a global center for teaching, learning, and research. The university’s commitment to student engagement and success has made it a leader in applying learning research to improve teaching practices.

The University of British Columbia offers an unrivaled choice of degree programs to more than 60,000 undergraduate and graduate students.  The university has two campuses and affiliated teaching hospitals and happily welcomes people with curiosity, drive, and vision to shape a better world. 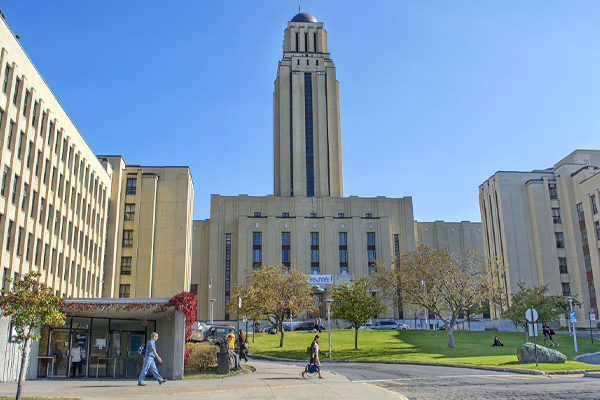 Ranked 1st in Quebec, the University of Montreal lists high on the list of top 10 colleges in Canada due to its excellent educational infrastructure, skilled faculty, state-of-the-art research centers, and a wide range of degrees and short-term programs.

The university was founded in 1878 with three faculties – theology, law, and medicine. Today, it offers umpteen research-oriented degrees and serves more than 68,000 students with around 10,000 international students. The university attracts over $500 million in research funding every year making it one of the three foremost university research hubs in Canada.

The earlier university of Montreal was situated in Montreal’s Quartier Latin, but later in the year 1942, it moved to Mount Royal. It got the status of secular establishment in 1967. 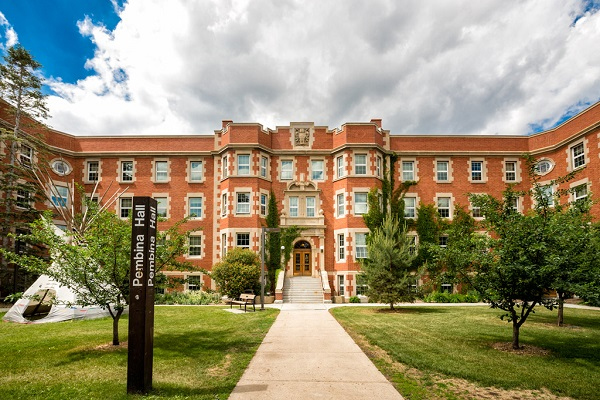 The University of Alberta is one of Canada’s top universities and among the world’s leading public research-intensive universities. The university is known for excellence in the subjects of humanities, business, creative arts, engineering, science, and health science.

The university offers 400 graduate, undergraduate, and professional programs in 18 subjects. It is also home to the world’s leading facilities like Canada’s National Institute of Nanotechnology and the Li Ka Shing Institute of Virology. The University of Alberta is one of the best colleges in Canada and offers 3M, national teaching fellowships. The university fosters a supportive and multicultural atmosphere within a vibrant research environment.

The main campus of the university is situated in the center of Edmonton – a few minutes from Downtown with bus and subway access through the city. 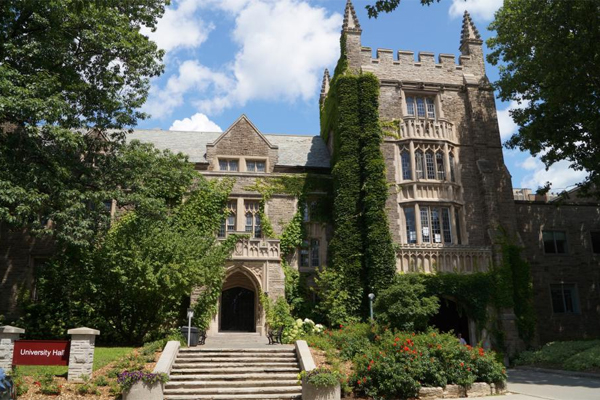 Listed 140th in the QS World University rankings 2022, McMaster University is a notable mention in the list of top colleges in Canada. The university offers STEM courses to its students. Furthermore, a student can apply for a program from a diverse range of faculties like Business and Management, Humanities, Social Science, and Health Science. Also, the university offers Canada’s first fully integrated, 5 years long, Biomedical and health science program.

Since its establishment in 1887, the university has been tirelessly working towards discovering and developing bring minds through its ground-breaking approach towards teaching, learning, and world-class interdisciplinary research.

McMaster University is also one of the top 10 medical colleges in Canada. 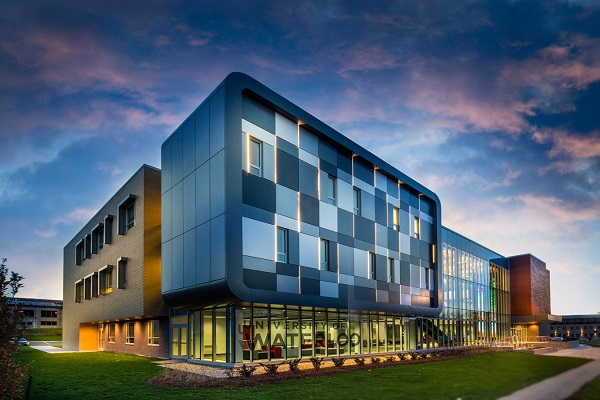 The University of Waterloo was established in 1956 and offers a wide range of Bachelor’s degree programs in several faculties to over 35,000 students from across the globe. The university boasts its three campuses and is a member of the prestigious U15 research group.

Waterloo university understands the concept of practical learning and classroom training. The university offers Canada’s first co-op learning programs, which now have more than 6,300 employers and has helped to foster top companies and start-ups like BlackBerry, Pebble, and more.

The university is located in Canada’s tech center and is close to Toronto. 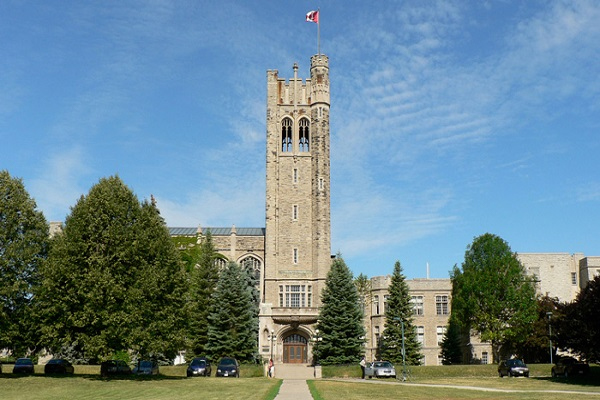 Founded in 1878, the Western university is one of Canada’s top research universities. The university is known for its discoveries and inventions, which benefit the economic, social, health, and cultural development in Canada and around the world.

Students of the university balance both academic achievement and extra-curricular, such as athletic and social engagement. The university attracts students, across the world, interested in studying and leading international communities. 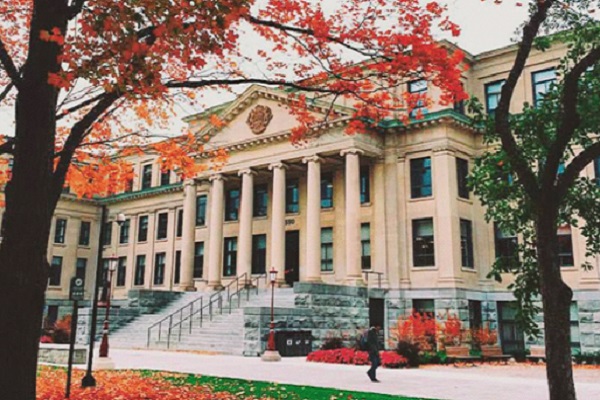 Established in 1848, the University of Ottawa is one of the best colleges in Canada. This public research university has its main campus in the heart of Ottawa’s downtown core and offers both French and English learning, making it the world’s largest bilingual university.

The university offers more than 400 programs in both graduate and undergraduate disciplines and offers subjects like Social Science, Law, Education, Arts, and Health Sciences. The other courses offered by the university include Bio-Medical Science, Commerce, Globalization, and International Queer Cinema.

Ottawa University is listed among the top research universities offering courses in the field of Molecular and Environmental Sciences, E-society, and health. 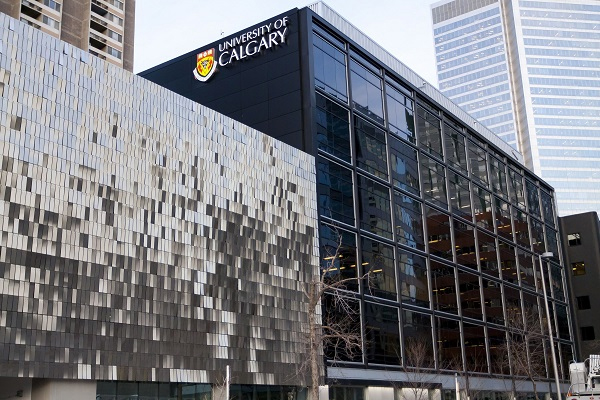 The University of Calgary, also known as UCalgary, is a publicly funded research university in Canada. The university offers more than 250 programs to its students at undergraduate and graduate programs.

With 5 academic campuses, the university comprises more than 85 research institutes and centers, making it one of the favorite study options in the world for international students.  The university boasts of over 91% employment rate and has helped its students land high-paying jobs in Canada and other parts of the world.

Want help in selecting the right university and program while you study in Canada? Seek Jamboree’s help! The expert counsellors at Jamboree can help you understand your interests and select the right college and course for you. Connect with us for a free 15 min session and get your profile evaluated by experts.