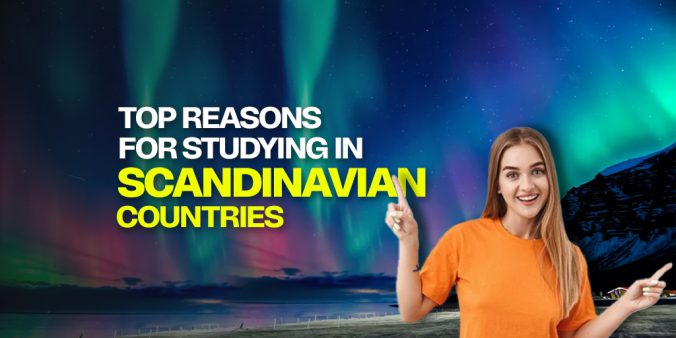 The three European countries- Sweden, Norway and Denmark are grouped together as Scandinavian countries. Sometimes, Iceland and Finland are also included in the broader definition of Scandinavian countries but the term better regarded for this wider group is ‘Nordic countries’. Here we shall talk about higher education in Norway, Sweden and Denmark. Let’s take a look at why these countries are becoming a top pick for many international students. 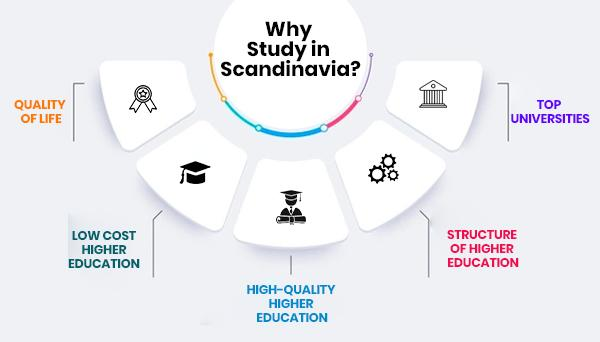 Quality of Life in Scandinavian Countries

When living in a Scandinavian country, you are always close to nature. Even if you are living in a big city, you are not too far from a natural getaway. The countries are abundant with forests and lakes, and breathtaking mountains and oceans. Hiking and water sports are the top activities of summer while winters are a perfect time for skiing.

Scandinavian countries offer high-quality, world-class education at a low cost. Most of the educational institutions are public and offer highly subsidised or tuition-free courses. The government of Norway considers access to higher education an important part of Norwegian society and therefore, the public universities in Norway are tuition-free for all students, including those from outside of the country. Sweden offers tuition-free Ph.D. degrees to all students irrespective of their country of origin. Students can also apply for scholarship programmes to finance their studies in Scandinavia. Low-cost allows international students access to some of the top-ranked Scandinavian universities in the world for their higher education.

To know more about the cost of studying in Scandinavia,

Pursuing higher education in Scandinavia is a life-altering experience for many international students. Higher education in Scandinavian countries follows roughly the same model. The higher education system in these countries is known for its innovative teaching methods that promote creative and critical thinking. The institutions follow a problem-based learning approach with real-world applications of education. Students can choose from a wide range of bachelors, masters or doctoral programmes taught in English. 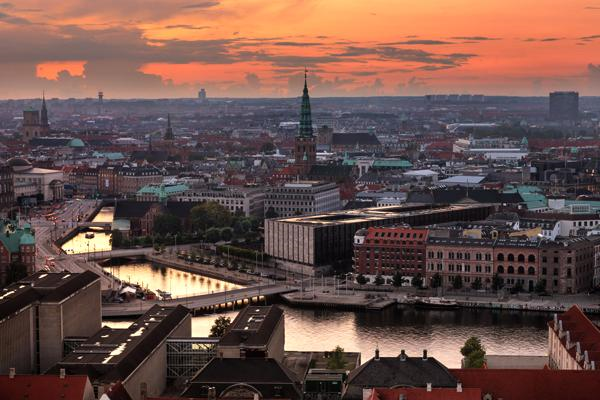 The Scandinavian countries are signatories to the Bologna Process which aims at making the European Higher Education system more compatible and comparable. The European Higher Education Area (EHEA), created as a result of the Bologna Process, is a group of 48 countries, which introduced the ECTS credit points (European Credit Transfer and Accumulation System). ECTS helps in the recognition of higher education among the signatory countries of EHEA. The EHEA countries have adopted a homogenous higher education system of three levels-

Want to know about the admission process at Scandinavian universities? 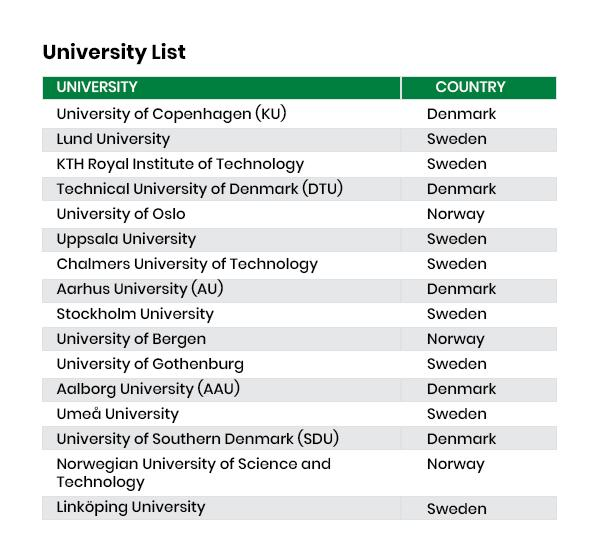 Some of the best-known Scandinavian institutions such as Sweden’s Karolinska Institutet and Stockholm School of Economics are not included in the overall rankings because of the specialised nature of their courses, yet they enjoy a high reputation worldwide in their respective fields.

The University of Oslo, well-known for producing Nobel laureates over the years, offers a wide range of research programmes spanning from physics to entrepreneurship. Aarhus University is the second oldest university in Denmark with more than 1000 international students enrolled in its variety of undergraduate and graduate programmes.

Studying in Scandinavian countries not only opens up the opportunity of a world-class education at some of Europe’s finest universities but also exposes you to the rich culture of these countries. For more information on pursuing your higher education in Scandinavia, you can talk to our counsellor.