How to Master the SAT Reading section

The best of Indian SAT-takers are often stumped by the SAT Reading section. What most students find quite challenging is to manage time while comprehending and answering passage questions correctly. This is understandable as topics are often unfamiliar to the typical Indian test-taker. They are based on a broad range of subjects—US and World Literature, History/Social Studies and Science.

Let’s take a look at the structure and content of the SAT Reading Section so that we can understand it better:

Questions and their answer choices are rooted in the context of the passage or based on accompanying graphics. This means that even if you have prior knowledge of the topic, you must keep it aside and apply only that information which is stated or can be directly inferred from the content of the passage. The order in which the questions appear after the passage is as natural as possible, with central theme/primary purpose/main idea questions appearing early on followed by more localized questions like word in context, evidence and some other types. Certain questions also need you to analyse the information given in the form of graphics (tables, charts, graphs, etc.).

SAT Reading passages are taken from high-quality previously published material. As such they may have words that seem unfamiliar to you. Even if you don’t know the meaning of a particular word, you can still solve the question correctly by paying careful attention to the sentence in which it has been used. Replace the word with all answer options one by one and see which agrees best with the underlying meaning and tone of the paragraph.

The typical word in context questions would require you to:

Generally, the words used in such questions will have multiple dictionary meanings and at least two would most likely appear in the answer choices. You would be expected to choose the answer that has closest meaning in terms of its use in the passage.

Here’s an example. Think about the word ‘intense’. This is a word which in most probability you would have heard before. ‘Intense’ can have a number of meanings. Now consider its contextual meaning in these sentences:

His eyes were an intense shade of blue. (deep, vivid)

This is a period of intense activity. (busy, vigorous)

She is intense and passionate about acting. (sincere, serious, devoted)

Notice how the same word is used in various ways? Now let us take a look at the passage below:

[…] The coming decades will see an intense clustering of jobs, innovation and high productivity in a smaller number of bigger cities and city-regions. Some regions could end up bloated beyond the capacity of their infrastructure, while others struggle, their promise stymied by inadequate human or other resources.

In this case ‘intense’ is more about the degree: the clustering of jobs, innovation and productivity will become strongly concentrated in a few large cities, is what the author implies.

Other word in context questions may ask you to figure out how the author’s particular choice of a word or a phrase influences the meaning, tone or style of a passage. Consider how an author might describe someone with no money. Saying that the person is ‘poor’ may indicate a simple fact. ‘Down to his last penny’ maybe indicative of something that is about to happen. To use the word ‘underprivileged’ instead signifies a more formal or technical approach. Deciding which word gives the apt flavour to a situation is something that good authors do all the time and a good reader picks up these subtle nuances and expertly grasps what the author is trying to convey. Your goal is to become that reader.

How do you go about it? Read more and more relevant stuff. Aim for 1000 words each day from American Classics, science journals and popular magazines. Notice and remember how words are used in certain phrases for example: ‘veracity of the claim’ (quality), ‘much to my chagrin’ (emotion), ‘rubies and garnets’ (red gemstone), etc. It is easier to recall the meaning of a word with relation to others than just mugging up their meaning.

SAT Reading will have passages with questions that will require you to identify which portions of the text serve as the best evidence for the conclusion the passages reach. There are three different ways in which you may be asked command of evidence questions:

- All-in-one type: Requires you to determine which part of the passage offers the strongest support for a conclusion stated in the question.

For example, “Which choice best explains Roosevelt’s praise for the workers?”

- Two-of-two type: Some command of evidence questions are connected to the previous question. The first question may ask you about a certain claim in the passage. The second question will ask you what text from the passage best supports the previous answer.

For example, “Which choice provides the best evidence for the answer to the previous question?”

-Locate particular information given in the graph or chart

- Draw conclusions from the given data

A typical example of graph question is:

‘According to the passage, the link shown in the graph between high social diversity and a strong immune system illustrates’ (choices)

- Identify how the author makes use of facts, figures and data to develop claims

- Determine what evidence in the passage supports a particular claim

A typical example of evidence question is:

A typical example of a primary purpose question is:

The main purpose of the passage is:

Primary purpose mostly appears at the beginning or at the end of the passage. If the primary purpose is not immediately evident, try to summarize the content of the passage into just 2-3 lines in your mind and then see which option fits your summary the best. Remember, your goal is to identify the MAIN idea, so skip over the part where a claim is being substantiated or explained. Attempt these questions towards the end as by then you would have a fair idea of what the passage is all about.

A typical example of focus shift is:

The questions direct you to a particular part of the passage and ask about specific details within the passage. Some questions may be answered directly whereas some others would require you to imply or infer something from the details. In general, these questions are usually straightforward and can be answered easily.

Here are some examples:

‘In passage 1, the quotation from Victor Hugo mainly serves to’ (options)

There is high probability that you will get one paired passage in your SAT. Paired passages are usually taken from two different sources, both talking about the same essential premise. The opinions expressed may be opposite or one may elaborate the other. The headnote (in a smaller font) given before the passage is meant to inform the student about the source of the passage.

In addition to normal passage questions, paired passages will have questions which will require you to compare and analyse the information given in the two passages.

‘The author in passage 2 would most likely respond to the discussion of the future of space mining in lines 18-28, passage 1, by claiming’ (options) Answer the mixed questions towards the end. By then you would have gained an idea of the stance taken by both the authors.

Now that you are clear about SAT Reading question types and the right way to tackle them, how about getting some practice? Take a look at this RC passage and see how many questions you can get correct. Remember, you have only 12 minutes!

What is the LSAT? 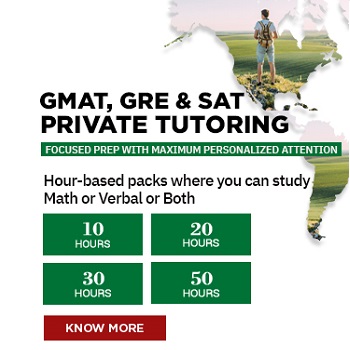 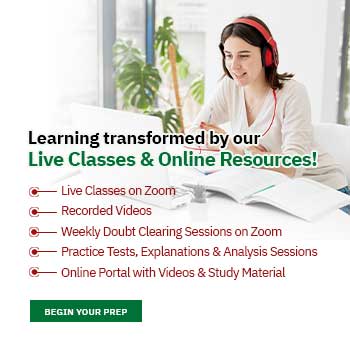